-All are welcome to participate in this event –

By Edna Spennato
The Earth Heal Geoharmonic Research Project will be hosting a group distant healing event for participants around the world during the Venus-Jupiter Conjunction of Saturday, 27 August 2016.

All people and animals everywhere in the world are welcome to join us as once-off participants in this event, or by opting for annual membership to Earth Heal, and being included in all our distant healing events for the coming year.

Those in disadvantaged circumstances can ask to be included on a pro bono basis. If this applies to you, and you would like to be a participant in this treatment and receive healing on a personal level as well as being part of the group holding the energy for the planet, please contact us at earthhealadmin [at] gmail [dot] com, with the subject line, “Pro-bono participant – August 2016 event”.

The treatment will include around 200 participants globally, and will be facilitated in Bahia, Brazil by Edna Spennato, working under guidance from the collective Higher Self of the group.

Five surrogates, one in Argentina, one in South Africa, one in the UK and two in the USA, will anchor the incoming healing energy during the treatment process and assist in the release of energies that are “no longer needed” on behalf of the participants and the planetary morphic field as a whole.

For more info about this event and the experience of participating, please go to this link.

To read feedback from participants in recent events, please go to these links:

For info on how to register as a non-member participant in the 27 August event, please go to this link.

For info about annual membership to Earth Heal, please go to this link.

For info on how to include guests in the 27 August event, please go to this link.

The participant’s registration form can be viewed at this link. 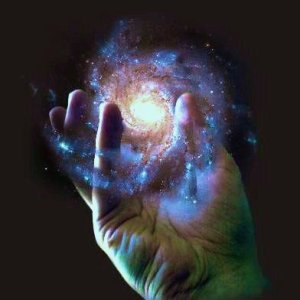 “A remarkable astronomical event will occur on 27 August 2016. The planets, Venus and Jupiter will merge into what will appear as a single star to the naked eye. It will only be visible as a single star in a very limited geographic area. Even so, when viewed from around the world, this will be the closest the two planets will ever come and be visible in the lifetimes of those living today. The last time the two planets were this close together in a conjunction was 26 June 1728, nearly 300 years ago. During that event, the conjunction was only sixteen degrees from the sun so it was not visible from anywhere on earth. The next opportunity for such an event will not be until 5 June 2107 when the conjunction will be only thirteen degrees from the sun, again not visible with the naked eye from anywhere on earth. There are no known naked eye photographs of Venus and Jupiter merged into a single star on record today.

“Why is a merged conjunction of these two planets, appearing as a single star, so important? One important reason is that the 2016 conjunction will be a nearly identical mirror image to the star the Bible records that the wise men reported they had seen in the east… This was the star that most likely motivated them to prepare for and leave their home in the east in order to be in Jerusalem in time to follow the most remarkable Venus Jupiter conjunction star in recorded history to Bethlehem… on the day of the birth of Jesus Christ. Today, we call that remarkable appearance, the Christmas or the Bethlehem star…” [Source]. “How and Where will it be seen?

“Venus will first be seen in the western sky, shortly after sunset (15-20 degrees above the horizon) around the world, on the evening of 27 August 2016. The planet will slowly descend to the horizon over the next 45 minutes to an hour. By about 30 minutes after sunset, Jupiter should begin to appear. When both planets can be seen together, they will be about one sixth of a degree apart. For most of the world, they should appear as two separate planets, but very close together (more than twice as close as the 30 June 2015 conjunction).

“In one or possibly two time zones (GMT -4 and -5) the planets will appear to merge into a single star. The best places to see the conjunction as it appeared to the wise men will be from locations along the same latitude as Jerusalem and Susa (ancient capital of Persia). This will be along the 32nd parallel. In time zone GMT -4, the best location to see the planets when merged will be in Hamilton, Bermuda… From this location, the star will look like it did when it appeared…on 12 August 3 BC…” [Source].

“The Venus Jupiter conjunction 2016 will be in full-swing as the Sun sets on Saturday, August 27. Our solar system’s two brightest naked eye planets, Venus and Jupiter will come extremely close to one another. Of course, the two planets are no physically closer than usual, but are nearly visibly aligned in Earth’s night sky.

“In astronomy, a conjunction occurs when two or more objects pass by one another in the sky. Obviously, this can happen in multiple ways. In this case Venus, being the nearer planet to us, will positions itself between Earth and Jupiter (shown below).

Planets aligning during conjunction make them appear close together
“Visually, this will make Venus appear to come remarkably close to Jupiter. I say “appear,” because the two planets will still be at typical distances, on their usual orbits, but will seem close together to our eyes from Earth…” [Source].

During the treatment process, each participant will receive healing on an individual level and as being part of the work done for the group of participants as a whole, and will also be anchoring the planetary healing energies in their part of the world, releasing disharmonic energy and receiving healing energy on a collective level.

We use a cutting-edge distant healing method known as Synchronization Harmonics, and for those who have never before experienced distant healing work, this is the ideal opportunity.

First-time participants should send their details and pics to us at earthhealadmin [at] gmail as soon as possible, and no later than 4 pm GMT/Universal Time on Saturday, 27 August (an hour before the starting time of the event).

>> Starting times around the world for the 27 August event

>> More info about the event and the experience of participating

>> Feedback from participants after the 20 March 2016 event – Equinox

>> Feedback from participants after the 20 June 2016 event – Solstice

>> How to be included as a participant in this event

>> Exchange details for participants in this event

>> How to include human guests in this event

>> How to include animal guests in this event